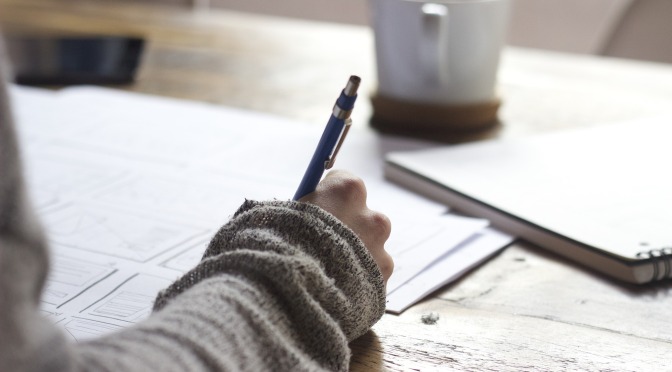 So I’ve got two kicked 11 oz. Starbucks coffees mixing with last night’s chicken ramen noodles to form a gastric concrete below decks. I’m restless and listless and nervous about the possibility of both success and failure, and I’m turning my pockets inside out with regret that I didn’t spend more on the Mega Millions or kept that money and used it to rent a tent at the local park for my book launch.

Writers get paid (sometimes) to talk about themselves. Oh, you thought that strong, central character was the product of research and cloth swatches and cologne/perfume samples? Ha! That was us. Not the clumsy ‘us’ that bumped into your cart in the seafood section of Hannaford. And it wasn’t the ‘us’ that called you when our satellite fizzed out during the Super Bowl (Oh, and sorry about that, by the way…) No, you’re reading the ‘us’ that runs through our head after that hour we spent in the DMV. Or the ‘us’ that just hopped off that love/hate roller-coaster we hopped on last summer. Or the ‘us’ that can’t bring back the daughter we lost last year about this time.

Maybe you might think, from what I wrote above, that writers are insecure dreamers. You’d be… fairly accurate. Not everybody, but most I’ve met. In fact, anyone I meet who brags about their writing ability, or their books, I don’t buy it. I’ll take it with a whole ocean floor full of salt. People who are fantastic at expressing themselves don’t have to write. They can just talk. Play tambourine, kumbaya or some shit. Writing, and I mean writing from the deepest part of your heart, is like controlling a full-blast fire hose with no training. Writing a book is like posting a phone full of nudes in your own name, you know, before that was social media currency. It’s tough.

It’s real tough to write, but there’s a huge community of writers that support each other. But we all exist, in this avocation (yes, sadly it’s usually an avocation) for you, dear reader. As sensitive as we are, as tough as it is, only some of the people I know are writing for specific empowerment or therapy. I mean, people do, and that stuff is damn powerful, but we’re mostly doing it for you. We want you to feel what we’re setting up in the plot and the characters. We want your skin to get gooseflesh over here, and we want you choking back a tear on this page, and by the fifth chapter, we want you to feel like you watched a deep, slow-motion papercut. Trust, none of that is for us. It’s for you.

We want you to feel the vibes we spent hours, days, weeks infusing into the many pages of that book on your shelf. And we do this knowing full well that most of the acclaim, praise and reviews are going to go to the few top people who already have a ton, and most of us will never really find out what you thought of it. And yes, we will bitch about that to ourselves. But not to you, because, no matter what you’ve heard, it is an unwritten rule in writing that the customer is always right. And that’s saying something in a subjective domain.

We’re the most ill-equipped hustlers to ever be given a sandwich-board. How many people had heard of James Patterson before he was smiling through his first round of TV commercials? Now he’s king. We’re the chroniclers and preservers of the world in which we live, and our best bet is to treat our books like Vince treats Sham-Wows. And I’m not even complaining, ‘cause I got a damn camera and I just need the right backdrop. It’s just how it is. We gotta sell ourselves. Books can only talk when someone opens them.

So I got a book coming out. And, in true form, if you buy one, I’ll double the offer (with a separate fee that coincidentally is the same amount as a book) for free! Call in the next ten minutes to claim this deal!

Wow. My God. I quit smoking at the point of a stethoscope, the doctor in the Emergency Room of Samaritan Hospital listened to my death-rattle as I waited for the standard talk, the “you’re going to keep coming in here for this” spiel, to which I’d respond, “Yeah, I know, I know…” But it didn’t come. I figured he just forgot, but that’s not what doctors do… He gave up. He could hear in my death rattle the thousand times I said “Yeah, I know, I know…” to other docs, and how I’d probably be breathing air through a full-filter by the time I hit the parking lot. I had become the hopeless; the damned of the smoking areas.

But I’d had it myself. I think the more people nag you, the more you carry on the bad habit as kick-back. It’s when everyone leaves you alone that the last disapproving voice remains; your own. So, on Christmas Day of 2015, after leaving the ER, I quit. No patch, no gum, just a little fever, chills, a truckload of aggravation and irritation, and staying away from people for a while. I quit, and it’s been over two years, but I know I could always go back. It’s a giant monster that is still capable of swinging through my brochial forest grabbing stands of deadened alveoli.

I smoked approximately eighteen-thousand-and-sixty-seven packs of cigarettes in my life. Packs, not cigs. Packs. I’ll probably catch bronchitis for the rest of my life. I fear going to get a lung cancer screening. I didn’t have to go to the Emergency Room this time, and that’s probably because I quit two years ago.

As a kid, I never thought that middle age would be like this. Hell, I never thought middle age would be. I told my Physics teacher, Mr. Parisi (oddly enough, in a smoking cessation class,) when he asked what I thought was going to happen when I was forty, that I hoped to be dead by then, and he said, wait till you’re thirty-night and think that. Boy, shit, wasn’t he right as rain when I turned thirty-nine. I owe him a beer one of these days.

When we’re kids, we act like middle age don’t exist, and for a small few beloved, it never does, but for the rest of us, we wake up and one day the big 4-0 is a date you can glance at on the kitchen calendar and the kids at the store call you ‘sir’ or ‘ma’am’ un-ironically. You’re not dressing up to look “new” any more; you’re just trying to match that good picture you took five years ago, the one you didn’t pay a second mind to then, but it’s one of the few you have left.

So, with all of this rant, my birthday is in three days, and my lungs are butter. I couldn’t blow out a cake with the right amount of candles. My parents are deep-cooking a slap of corned beef – all day, with cabbage and soda bread – and maybe I’ll be able to taste it. I may actually be sick over three Nor’easters. I love Nor’easters, and I’ve had to love from afar.

The moral of the story? Buy my book. I need Luden’s. Also, if you’re young, and you think you won’t outlive the consequences of your shitty decisions, you probably will. Moderation is your friend. Take it out with you when you go partying. Ain’t nothing sadder than a cat that used to hang.

Presiding Over the Damned

The Serpent and the Sun

Waiting to Be Forgotten